Organization Tips for Making the Most of Small Spaces 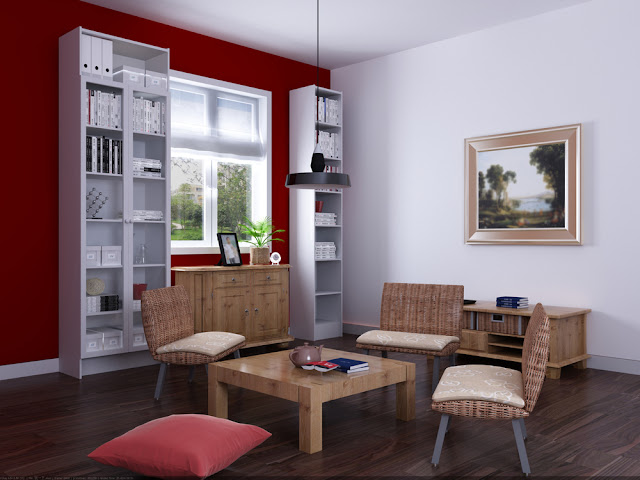 Living a minimalist lifestyle and fitting into small houses has become a bit of a trend for some. With this lifestyle, you also have to try to either find a way to organize your belongings, or do without. When buying a house at the Lake of the Ozarks, you can find many homes that have a small feel without being too cramped or uncomfortable - and we would love to help you find the perfect home. Whether you have a small house or you just want to get a handle on the clutter, here are a few easy ways you can organize the spaces in your home!

Things to Consider when Buying a Lakefront Home 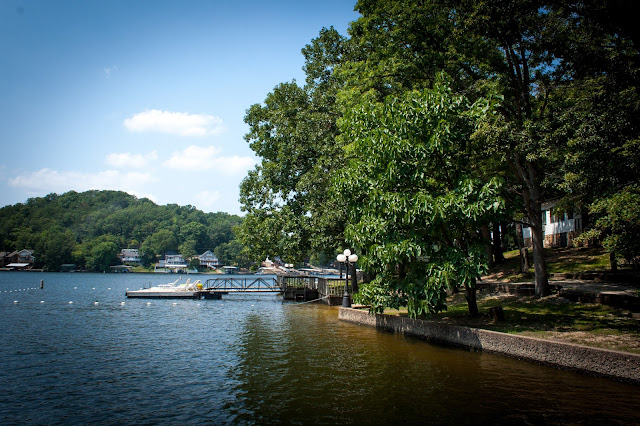 Beautiful scenery all year round. A wonderful and caring community. Fantastic opportunities for all walks of life... There’s nothing quite like living at the Lake of the Ozarks. The best real estate agents at the Lake of the Ozarks know how important it is to you to not only find a home that’s in the right price range or the best area, but that matches your lifestyle. We are ready to help you find THAT home - whether it’s a primary residence or a second home. Here are a few things you should keep in mind as you consider buying a Lakefront home at the Lake of the Ozarks.


Home Orientation
This may not be one of your primary considerations when looking for your lake home, but you may want to know whether the sun will be setting right into your kitchen window when you want to fix dinner or rising over your front porch where you can drink coffee and watch the sunrise. This may not be a make or break deal when buying you lakefront home, but it is definitely something you may want to consider…
Post a Comment
Location: Lake Ozark, MO, USA
Read more

Join Our Team at eXp Realty! Now is a GREAT time to make a career change! If you've wanted to explore a career in real estate, you need to look into joining the best real estate team at the Lake of the Ozarks and get started in a career that offers the flexibility and tools you need to build a profitable business! Learn more about the many benefits and tools made available to our stellar agents and start taking advantage of these awesome perks that only a career with eXp Realty offers!


A Career with eXp Realty Offers...
80-100% or MORE Commissions
Keep more of your money. $16,000 Yearly Cap, 80/20 Commission Split on first $80,000 GCI. 100% for the remainder of your year. Our forward-thinking model eliminates the costs associated with a traditional brokerage. No royalty fees. No franchise fees. No desk fees.
Multiple Revenue Streams
Take part in the Industry's most aggressive revenue sharing model. Earn thousands per month by attracting like-minded agents. Build your business and plan for your retirement.
Opp…
Post a Comment
Location: Lake Ozark, MO, USA
Read more

17 Fun Facts about Lake of the Ozarks 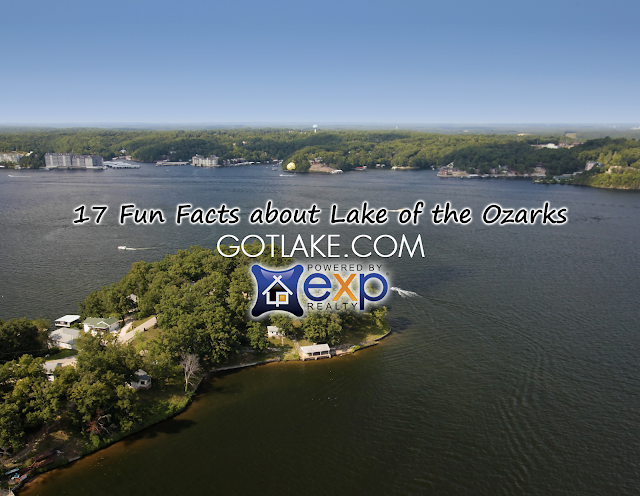 Staging Your Master Bathroom to Sell! 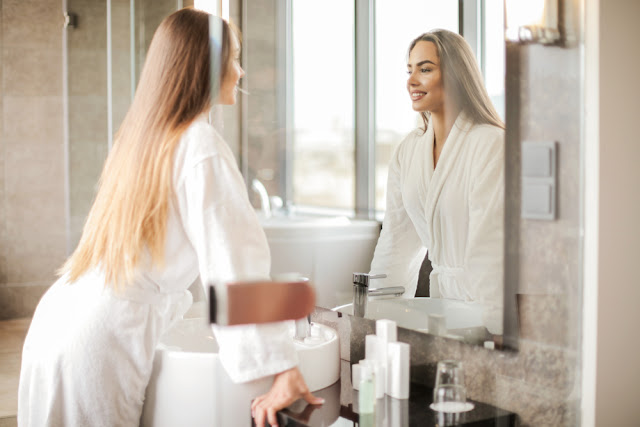 Like millions of people around the world, you start and finish your day tackling important hygienic routines in your bathroom. With so much important time spent in this room, it's safe to say that it's a pretty important space in your home. Remodeling your bathroom can be an effective way to improve your home's value. With a little effort, you can improve your master bathroom in a way that any buyer would fall in love with. Here are a few easy ways you can update your bathroom before selling your home at the Lake of the Ozarks!


Add New Flooring
Old, chipped linoleum can date a bathroom faster than anything else in the space. You can get away with laying new linoleum in your bathroom, but if you really want to update the space, opt for something updated and timeless like tile. Ceramic tile is still just as popular as ever, and you can even get a tile that mimics the look and texture of wood so you aren't straying from a warm spa-like feel.

Staging Your Master Bedroom to Sell! 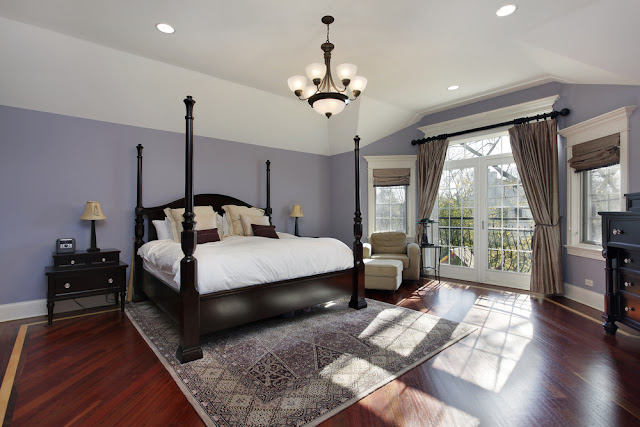 Staging your home to sell is one of the easiest ways to show off your home's full potential and entice buyers. We've covered staging your home's living room and kitchen so far. This week we're going to focus on the master bedroom, which can be a very important room to many homebuyers. At eXp Realty, we care that you not only sell your home but that you find buyers who will be a great fit. Here are a few tips to keep in mind as you prepare to stage a Lake of the Ozarks home.


Use Caution with Color Choices
The key to staging your master bedroom is to create a place that will feel comfortable and homey. Choosing the right colors can make a definite impact on the feeling of the room. If you currently have bold, bright colors, you may want to tone them down with something calmer like a light blue, green, beige or gray.

Be Minimalistic
One of the keys to staging is making sure that your room is completely decluttered. Allow potential buyers to see the room for itself, while of…
Post a Comment
Location: Lake Ozark, MO, USA
Read more

Staging Your Kitchen to Sell! 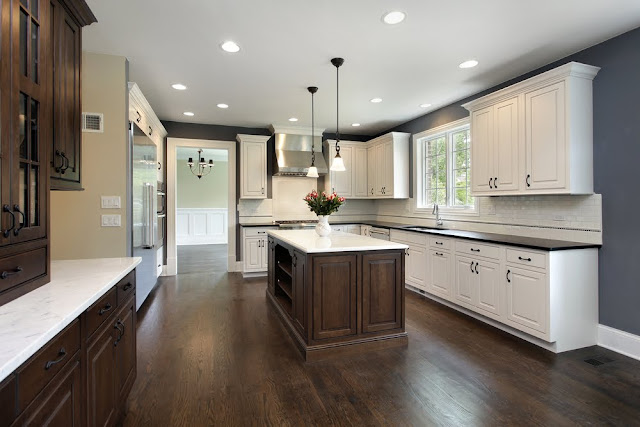 With up to three meals a day, multiple snacks, and catching up after your kids are back from school, the kitchen in your home is always hopping. Since your kitchen is typically the hub spot for family gatherings, you want to make sure that this room shines above all of the others. Remodeling your kitchen can be one of the most effective ways to improve your home's value, so here are a few things to keep in mind as you make changes.


Start with a Facelift
Sometimes the only thing your kitchen really needs is a bright coat of color to make it look new. You can repaint the walls, and/or cabinets to keep things fresh. If you'll be repainting, just remember to stick with satin and shiny paints so that splatters can be easily wiped up. If you'll be selling your home in the near future, try to stick with colors that are timeless and neutral. Greys, beiges, light browns and greens are always a great option when you are selling your home. Potential buyers can imagine themselves in th…
Post a Comment
Location: Lake Ozark, MO, USA
Read more
More posts

Popular posts from this blog

7 Reasons Why You Should Hire a Realtor Before Selling 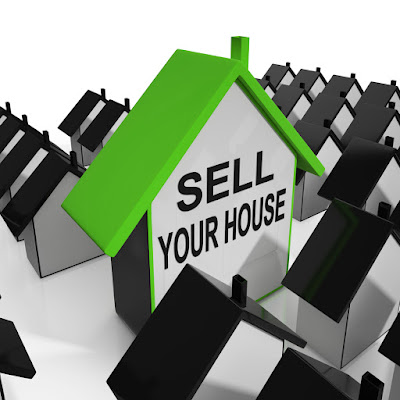 When you finally make the decision to sell your beloved home, you may have reservations about hiring a real estate agent. It may seem like a great idea to try to sell it on your own to save money on having to pay out a commission. But did you know that sellers who opt to work with an agent typically receive anywhere from $40,000 to $60,000 MORE for their property than going it alone? Plus, taking the FSBO route could result in a slower turnaround time for a sale to be finalized! Here are 7 reasons why you should hire a Realtor when selling your house at the Lake of the Ozarks.

1. Education & Experience
When you hire a real estate agent, you don't need to know everything about real estate in order to sell your home. You can rely on us to use our education and experience to effectively market your home at a price you agree to and seal the deal.

2. We Have Our Finger on the Pulse of the Market
Market conditions will govern your selling process, this is why we stay on top of this. W…
Read more

5 FAQs About Relocating to the Lake of the Ozarks 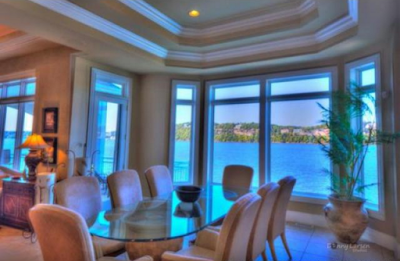 Any relocation can bring up many questions. Moving to the Lake of the Ozarks is no different, and we want to make sure that you are completely confident in your decision. The Lake area is a unique combination of vacation spot and close knit hometown. From the activities and local attractions you'll notice that every season here is different with huge advantages to each.

Here are a few questions we know you'll want the answers to before moving to the Lake of the Ozarks.

FAQs When Relocating to the Lake of the Ozarks
Question: Can I get a home with a view of the Lake?
Answer: Of course! At +Gattermeir Davidson Real Estate we have homes of all different shapes and sizes. From small homes that are perfect for retiring at the Lake of the Ozarks, to large homes that will accommodate your entire family in style - we have it all!

Question: What are the schools like in the Lake area?
Answer: The entire Lake of the Ozarks consists of fabulous school systems. From the schools in Camdenton …
Read more

17 Fun Facts about Lake of the Ozarks